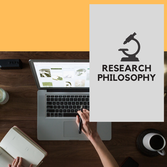 My [research] Identity  I see myself as a qualitative researcher. More specifically, a qualitative researcher with an interest in understanding the world via the constructivist paradigm.  I do believe, as Denzin and Lincoln explain that the aim of inquiry is understanding. Knowing is understood in the time and place in which it is known.  This is how I make sense of literature and film when critically analyzing texts and, now, how I make sense of what I learn when I turn that critical eye to scenes and interactions between people and things and the culture in which they are found.

I am interested, most generally speaking, in how youth gather information in our ever-changing world. I am a middle-aged, middle class white woman.  Who is a librarian. Who is getting a PhD in information science.   This is about as far from youth culture as it gets.  I have taught and / or worked in K-12 schools since 1999 and understand that teens and tweens want to be heard and have their thoughts validated.  Really, this is true for all people but I often read articles about teens without actually referencing what teens have to report for themselves.  At the beginning of my studies, I read It’s Complicated (2014) by danah boyd about the role of social media in teens lives. This was revolutionary for me. boyd’s book was informed by an ethnographic study of teens in communities throughout the country. It reported the role social media played in teen academic and social lives and did not dwell on the negative impact solely.  boyd states “I wrote this book to reflect the experiences and perspectives of the teens that I encountered. My hope is that this book will shed light on the complex and fascinating practices of contemporary American youth as they try to find themselves in a networked world (xi).”  I, too, think life for teens is complex and fascinating and I want to try to understand the information seeking part of their lives through their eyes and not my own as their teacher. Knowing this helps me understand how to help school librarians help students in our schools.  The knowing is more important than my judgement on whether I think what they do is right or wrong.

My positionality
I believe youth are human beings. Any excitements and concerns we have with humanity in general, we will see in children and teens.  I believe they are curious and want to make sense of the world.

I have been a high school english teacher, a middle school school librarian and now a district administrator.  I was a very successful high school student and not-always-so-successful undergrad. (I changed my major my junior year and wish I had switched into education sooner.)  I have a MEd and an EdS and value education a great deal.  I often get frustrated when my peers do not want to continue formal learning. This, to me, can be a somewhat judgemental belief.

Denzin and Lincoln, when discussing the triple crisis of modern qualitative research, declare that qualitative researchers can no longer “directly capture lived experience.  Such experience, it is argued, is created in the social text by the researcher (19).”  This concept is actually quite frightening to me in some ways and confirming to me in others.  I believe in the sociocultural theory that all learning is situated in the context in which it is learned.  This is true for anyone collecting data in the form of field work, synthesizing it and then providing a summary of the findings.  My understanding of what I am witnessing in any qualitative study makes sense only in my educational context.

It is important for me to reveal in my writing that I am still a school library practitioner.  For my audience, I think this is important.  I am hopeful other practitioners will find my work valid because I still spend my days focused on real school library programs.  I am hopeful that academics will also find my work valid for the same reasons -- I am an academic with academic writing skills still working in the K-12 world.  In fact, I am worried about ever moving into an academic position only for this reason.  This is not to say that I do not learn from the research of library science educators daily.   It is simply hard to imagine not serving K-12 teachers and students.